Truly terrifying. 10 childhood TV and movie moments that still give us nightmares. 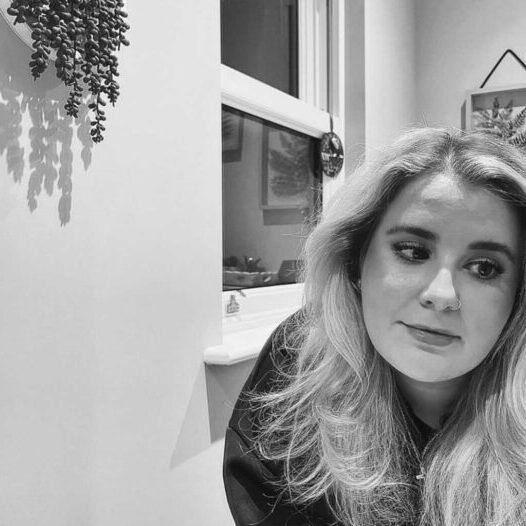 “Fear isn’t so difficult to understand. After all, weren’t we all frightened as children? Nothing has changed since Little Red Riding Hood faced the big bad wolf. What frightens us today is exactly the same sort of thing that frightened us yesterday. It’s just a different wolf. This fright complex is rooted in every individual.”
― Alfred Hitchcock 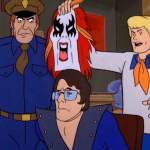 Actually a bit embarrassed about this one. Scooby Doo was one of my favourite cartoons as a kid, but it gave me recurring nightmares.

It was the unmasking that did it. Pretty much every episode ended with the villain being revealed as none other than the janitor/the fairground owner/the coach. Their monster disguise would be yanked off, and we’d see the ordinary person underneath, who’d mutter ‘and I’d have got away with it if it wasn’t for you darn kids.’

So far so tame. But somehow that unmasking got twisted in my overactive imagination, and I’d have nightmares within nightmares. I’d have a nightmare, think I was awake and go into my parents room to tell them about the nightmare, be comforted by my Mum, who would then peel her face off to reveal someone else entirely.

It happened enough times for me to still remember it today. Still don’t like masks. Probably need therapy. 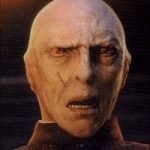 There are two moments from the first Harry Potter film that I remember having to watch through my fingers as a child. Number one, when Harry spots an ominous cloaked figure drinking a unicorn’s blood (gross!) in the Forbidden Forest. And number two, when Professor Quirrell unwraps his turban to reveal Voldemort’s face protruding from the back of his head (I actually had to leave the room for this one).

I’m not sure if it’s because I was growing up with every new HP movie release but I think Voldemort got much less scary with the casting of Ralph Fiennes. Rewatching the early films, the character was incredibly frightening when you knew hardly anything about him – this mysterious dark figure without a face, the panic in people’s eyes when they heard his name; your imagination could run wild and think up something scarier than the snake-like Villain we recognise as Voldemort today.

I’ll always be creeped out by Quirrell’s second face but it turns out that as an adult I’m actually much more terrified of J.K herself. The truth truly is scarier than fiction. 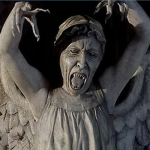 The Weeping Angels – Doctor Who

Saturday evening kids’ TV is prime family viewing time. Dr Who has always had scary bits, that’s part of the fun of it, and as a child I watched the Daleks from behind the sofa along with everyone else. But when the series was rebooted when my kids were young, the terror level went up a notch.

The Weeping Angels episode, in which statues came to life and moved in the split second that you blinked, traumatised my kids. My son says he didn’t sleep for two years after watching it.

Scary because statues are everywhere. On the walk to school, in the graveyard, dotted around the city, just waiting to pounce. I worked out as a kid pretty quickly that to outwit a Dalek all you had to do was run upstairs, and besides you never saw one in real life. The evil genius of the Weeping Angels episode was seeding that terror in the real world. 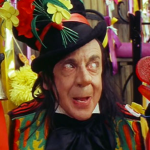 Chitty Chitty Bang Bang is a classic kid’s movie, made in 1968. The star of the film is a flying car, and it’s full of jolly songs that you could probably sing along to, but I really couldn’t tell you any more about it because it contains a character that scared me so much I couldn’t get to the end.

The Child Catcher – the name alone is the stuff of nightmares – was terrifying. He tempted little children with sweets and lollipops, and then locked them up in a dungeon. His voice, his face, his lanky greasy hair, his creepy dance, everything about him was designed to scare a child like me.

Looking a bit ‘child-catchery’ is still my description of men that give me the creeps. The fear has been etched deep into my consciousness. 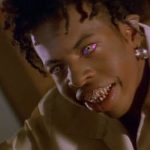 The Boogeyman – Don’t Look Under the Bed

Don’t Look Under the Bed is the 1999 Disney Channel Original movie about the Boogeyman. And let me tell you, children (including me and my siblings) were not ready for this spooktastic fantasy adventure that taught an entire generation of kids that there is a monster living under their bed.

The story follows 14 year old Frances Bacon McCausland as strange things start to happen in her local town. Things quickly spiral as Frances teams up with a new found imaginary friend, Larry to fight against a truly terrifying Boogeyman.

In one scene, Frances’ little brother is sitting on his bed when the Boogeyman’s creepy, long-fingered hand reaches out, grabs his foot and drags him under the bed. Having this fear validated for me as a child has meant that I still can’t sleep with my feet out of the covers.

It seems though I wasn’t alone in my terror. This movie received complaints from parents as soon as it premiered, forcing Disney to take it off air until very recently when it appeared on the streaming site Disney+. 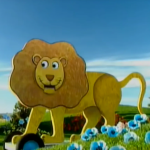 The Bear and the Lion – Teletubbies

I don’t know what to say about this one. If you are a young Millennial or an older Gen Z that grew up in Britain then I’m sure The Bear and the Lion got you too.

The howling wind, the drums, the way the blue sky turns grey, the creepy voices; even the Teletubbies scream and hide from these two spooky characters. It’s honestly a thing of nightmares – how it was ever approved for children’s television is beyond me.

Honourable mention to the giggling Sun Baby, another quite frightening character. Tbh, this whole show was scary and can get in the bin. Thanks CBeebies, you’ve scarred me and thousands of other kids for life. 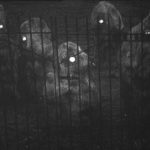 Escape Into Night used to scare the 8 year old me every week and give me bad dreams, but I just couldn’t stop watching it. It was a six-part British children’s cult TV serial that was broadcast from 19 April to 24 May 1972.

The series was an adaptation of Catherine Storr’s 1958 novel Marianne Dreams, and tells the story of a young girl, Marianne, whose drawings become the basis for dreams, and how the dividing line between dreams and reality blurs.

Marianne is bedridden with a long-term illness. She draws pictures in a book to fill her time, and finds that she spends her dreams within the picture she has drawn. As time goes by, and she becomes more unwell, she starts to spend more and more time trapped within her fantasy world, and her attempts to make things better by adding to and crossing out things in the drawings make things so much scarier. Her only companion in her dreamworld is Mark, who is also a long-term invalid in the real world.

The sinister stones that Marianne drew by mistake and become closer and closer to her house used to give me real life nightmares and, when I watched the Dr Who episodes of the Weeping Angels, I wondered if Russell T Davies had seen Escape into Night when he was a child too.

It still stays with me now, the feeling of dread and not being able to take my eyes off the TV. In the days when the TV companies made children’s programmes that actually reflected their sophisticated thought processes and didn’t patronise them. 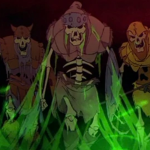 Army of the Dead – The Black Cauldron

Loosely based on Welsh mythology, The Black Cauldron is a spooktacular fear-fest that I still return to every Halloween.

Scenes actually had to be cut to avoid a PG-13 rating in the US making it Disney’s first animated movie to be rated PG in the US. However, in the UK it’s always been rated U, so perhaps we don’t scare so easily this side of the pond.

The main villain, the Horned King (maybe not such an appropriate name, now that I think about it…) and his skeletal Army of the Dead used to give me terrible nightmares. Even so, I would watch it over and over because, yes I’ll admit it, I had a big crush on our hero, Taran.

As scary as it may be, The Black Cauldron is a firm favourite of mine from the Disney collection – I actually think it’s grossly underrated #JusticeForTheBlackCauldron 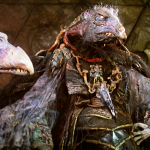 The classic fantasy adventure revolves around Jen, a Gelfling on a quest to restore balance to the world by restoring a powerful broken crystal. It is known for its groundbreaking animatronics as well as being equally memorable for some of the most terrifying visuals ever intended for children.

Probably the most nightmare inducing moment of the movie has to be the mind draining scene where a Podling is strapped to a chair, and has the life sucked out of him. If this doesn’t sound chilling enough, the Podling’s ‘essence’ is then drained out of him to produce a liquid which the villain, Skeksis proceeds to drink – nice!

A movie where everything you see and hear is horrifying and this is supposed to be a children’s movie? 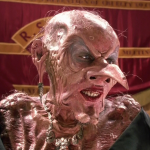 Child or adult, the 1990 movie adaptation of Roald Dahl’s The Witches is objectively scary. I don’t care who you are, if you don’t find this film terrifying then I am terrified of you!

In particular, the memorable moment the Grand High Witch peels of her human face to reveal a hideous Freddy Krueger-esque face hiding beneath is disturbing as f***.

That being said, the effects were brilliant at the time and still hold up now – it’s a classic Halloween movie and Angelica Huston remains the queen of Halloween.