Welcome to the Great Work Disruption

Trust, personal agency and flexibility – three prizes won, never to be relinquished. That appears to be the posture of millions of people in the global knowledge economy who, having grasped the opportunity of flexible and remote-first working, are not prepared to let it go. Organisations that fully embrace that reality are likely to reap a huge reward of loyal talent. Those that don’t stand to lose their most valuable assets. Already, there is a schism between progressive and conservative organisations, and maybe between US and European cultures. Here’s that story, in narrative and numbers.

We would like to take the opportunity to communicate a growing concern among our colleagues. That Apple’s remote/location-flexible work policy, and the communication around it, have already forced some of our colleagues to quit. Without the inclusivity that flexibility brings, many of us feel we have to choose between either a combination of our families, our well-being, and being empowered to do our best work, or being a part of Apple.

Those were the feelings expressed by many Apple employees in a letter to Tim Cook and the Apple Executive Team back in June. However, those sentiments it seems are not just felt by Apple employees.

"Over 40 percent of the global workforce are considering leaving their employer this year and 46 percent are planning to make a major pivot or career transition."

These were the findings for research undertaken by Microsoft for their 2021 Work Trend Index [1]The Work Trend Index survey was conducted by an independent research firm, Edelman Data x Intelligence, among 31,092 full-time employed or self-employed workers across 31 markets – between January … Continue reading which outlines findings from a study of more than 30,000 people in 31 countries and an analysis of trillions of productivity and labor signals across Microsoft 365 and LinkedIn.

The scale of the disruption

We have changed. Work has changed. The way we think about time and space has changed. Workers now crave the flexibility given to them in the pandemic — which had previously been unattainable. Time to spend with the kids before school, morning meditation or a walk before work; going for a ride at lunchtime or catching up with friends for a coffee; and volunteering for community groups, clubs and societies. As pandemic life recedes people are leaving their jobs in search of more flexibility and more happiness. Many are rethinking what work means to them, how they are valued, and how they spend their time.It’s leading to a dramatic increase in resignations which some are calling the ‘Great Resignation’.

The Apple employees simply encapsulated and articulated the feelings and debate being played out in workplaces across the world right now.

Over the last year we often felt not just unheard, but at times actively ignored….It feels like there is a disconnect between how the executive team thinks about remote / location-flexible work and the lived experiences of many of Apple’s employees.

Among Americans working remotely, 8 in 10 say they enjoy working from home. Among those who didn’t typically work at home before the pandemic, 77% say they like the experience. More than year into the pandemic, many employees seem to have adjusted to working from home, and most are interested in maintaining this practice. Close to 9 in 10 people who are working from home (86%) say they would be ‘interested’ in continuing to do so after the pandemic. Nearly 2 in 3 of these (64%) say they would be ‘very interested’. When asked about their ideal post-pandemic working environment, 39% of remote workers say it would be ‘remote full time’ while 32% say it would be ‘remote most of the time, with the option to go into the workplace occasionally'[2]YouGov America polled 1,600 US adults, 538 of whom reported that they are currently working from home. The survey was conducted on January 12, 2021..

After almost a year and a half of working from home, many knowledge workers say they are not willing to return to corporate offices full-time. Even whispers of returning have been enough to send some professionals searching for an exit—and plenty of bosses are welcoming them to new jobs with the promise they can work remotely, at least most of the time.

We seem to have reached an evolutionary fork in the road. Flexible working has dominated some notable niches for quite some time, but it’s not really ever been mainstream, long term. That’s about to change. As an example, UBS plans to allow up to two-thirds of its staff to mix working from home and the office on a permanent basis, betting the approach will give the Swiss lender an edge over Wall Street banks in recruiting. The stance from UBS echoes that of European peers such as France’s Société Générale, but is in stark contrast to the approach taken by several US banks, including JPMorgan Chase, Goldman Sachs and Morgan Stanley, which have ordered staff in New York back to work. After more than a year in which most bankers have worked from home offices, spare rooms and kitchen tables, the decision by UBS signalled that one legacy of the coronavirus pandemic may be a fundamental split in working practices between European and US banks.

"UBS plans to allow up to two thirds of its staff to adopt flexible working, in stark contrast to several US banks. "

Flexible work is here to stay. What is starting to become obvious is that workers have had the opportunity to re-evaluate why they need to make a commute or not – and they’ve seen through a lot of the reasons as unnecessary. Many firms have not only kept productivity but have introduced new products, service lines, created new innovations etc. All done largely remotely. Remote working has suddenly become a basic pillar of work-life balance for a lot of workers. From now on, firms are going to discover that flexibility plays a vital part in their attraction and retention of the best employees.


Getting behind those statistics, here are the personal stories of two young women who started unfamiliar roles at a new business – Cohesive – right in the teeth of the pandemic. Over to you, Liz and Amelia.

Not just where: how – and how much

What the last 16 months has done is forced an intervention on us. It has also made us take stock of how we have been working. For many people work has been relentlessly demanding and overwhelming. Digital overload is real and climbing. High productivity is masking an exhausted workforce

The Microsoft 2021 Work Trend Index[3]The Work Trend Index survey was conducted by an independent research firm, Edelman Data x Intelligence, among 31,092 full-time employed or self-employed workers across 31 markets – between January … Continue reading points to this disconnect between workers and executive teams highlighted by Apple employees: 1 in 5 global survey respondents say their employer doesn’t care about their work-life balance. More than half – 54% – feel overworked. 39% feel exhausted. Trillions of productivity signals from Microsoft 365 quantify the precise digital exhaustion workers are feeling. The digital intensity of workers’ days has increased substantially, with the average number of meetings and chats steadily increasing since last year. Specifically, when we compare collaboration trends in Microsoft 365 between February 2020 and February 2021:

We’ve been living in a society where overwork is a badge of honour, but overwork is killing us. According to the WHO[4] A first ever global analysis of the loss of life and health associated with long working hours, conducted by the World Health Organisation and the International Labour Organisation, published May 2021 if you work more than 55 hours a week you have a 35% increase in your likelihood of having a stroke and 17% increase in developing heart disease.

At a moment when the future of work is being decided—when businesses are questioning the value of physical office space and when lower-paid workers are agitating for better treatment as the economy reopens – could we see a 4 day workweek emerge?

Towards a 4-day week

Over the past couple of years, companies and governments around the world have become more open to the possibility that a four-day workweek could be better for businesses and the people who make them run. Before the pandemic, Microsoft Japan and the burger chain Shake Shack tried the schedule out with some employees, with positive results. The international conglomerate Unilever’s New Zealand offices are currently in the middle of a year-long four-day experiment, the results of which could inform the schedules of the company’s 155,000 employees worldwide. The governments of Spain and Scotland are planning trials that would subsidise employers that give workers an additional day off, and politicians in Japan and New Zealand have spoken favourably of the idea of a shorter workweek. Recently a 4 day week campaign has been launched in the UK.

What we can be sure of is that we are at the start of a new free market for the future of work and workers are choosing which path that they want to go on.

Welcome to the Great Disruption. 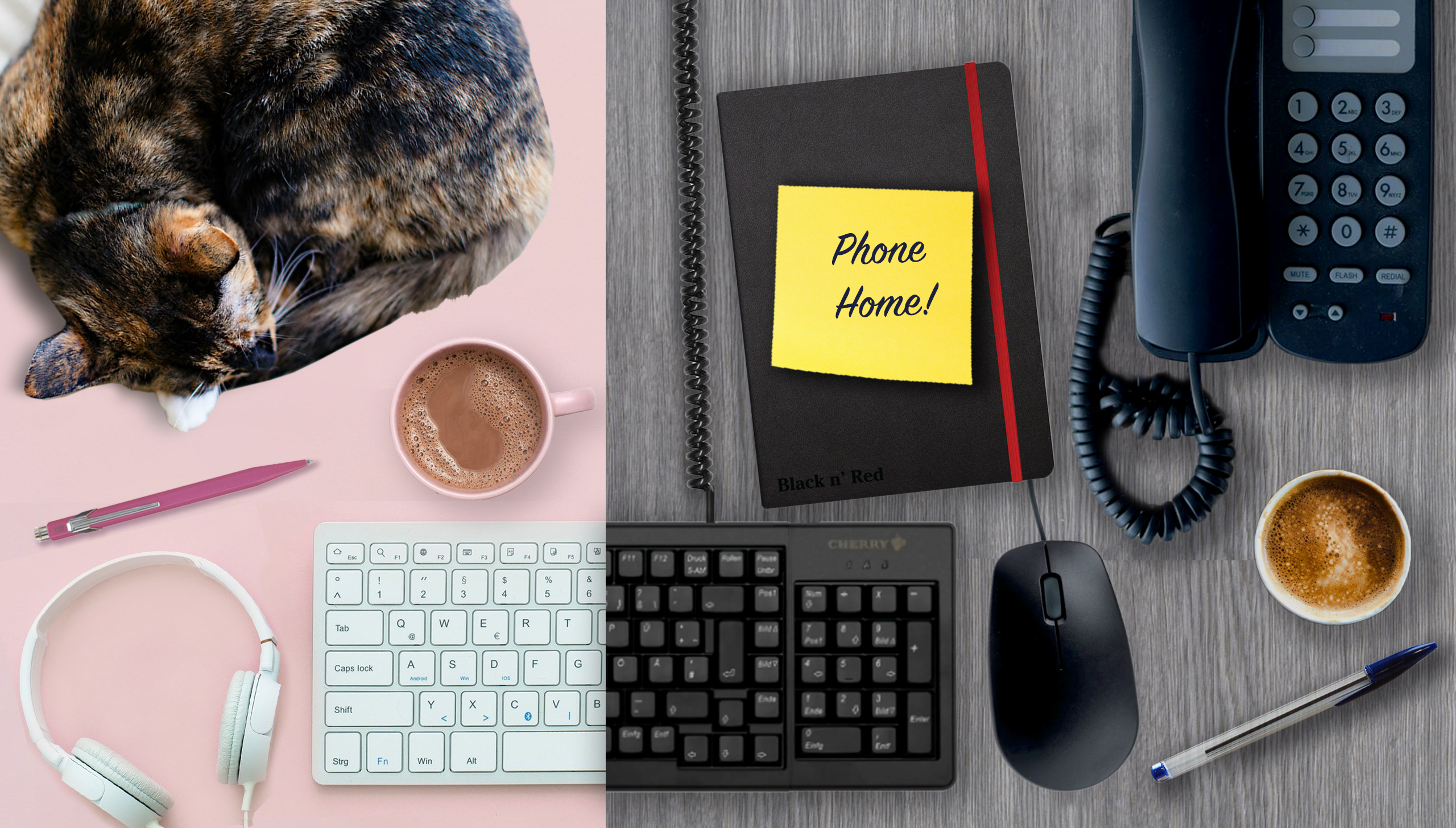