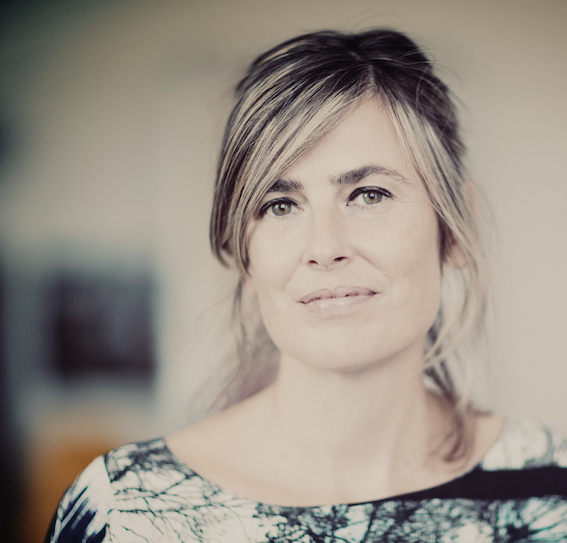 Sharon is a writer, content marketer and co-author of Valuable Content Marketing | Fascinated by the power of stories in making change | Loves gardening | Lives in Bristol

This article marks the 50th issue of The Clec. It feels like an important milestone for us, much less so for you. We thought about how we might mark the moment: “Yeah – we’re 50!” Or “We’re halfway to 100”. And it struck us that the real meaning was not the number, but the proportion – 50/50. Half and half. That exquisite balance when anything is possible and nothing is lost. It seems to us – and mea culpa because, you know, we’re a PR firm and everything – that as a society we’ve lost the skill to make that balance, or even the desire to find it.

The western world has created a culture of polarity. If I don’t agree with you, then I must disagree with you. I’m right and you’re wrong and that’s that.

Communication ricochets between soundbites and each side battens down the hatches. On almost every subject that you can think of, stakes are laid and battle lines are drawn.

Isn’t it better to be open minded and flexible?

We’re calling for a rehabilitation of the space between ‘yes’ and ‘no,’ To replace cancel culture with ‘it’s complicated’ culture. We’re making a play for exploring the middle ground. For not taking sides and embracing the grey space.

On first reading, it’s not an easy sell. Grey gets a bad press. Grey is a synonym for boring and unimaginative. It’s shorthand for dull. If you want to conjure a scene of small minded bureaucracy, mention a sea of grey suits and I’ll know what you mean.

But in its merging of black and white, grey can be the place where, if not the truth lies, then certainly the most interesting stuff.

How did we become so divided on so many things? News channels strive for balance, but in doing so they pit subjects against each other as though every idea is something you need to take sides on. Everything becomes a solid either/or and not a flexible ‘it’s complicated’. The need for short soundbites compounds the situation. It makes us all sound far more sure and opinionated than we probably feel.  A pithy opinion is more useful than an expansive ‘it depends on the context’ answer if you’re stringing together a report. When putting together stories, it’s the middle ground, complicated, ‘I’m not too sure’ responses that end up on the cutting room floor.

When everything is so turbulent, we look for rocks of certainty to cling to. Being sure of things is so much more comfortable than feeling all at sea. But maybe we need to embrace the uncertainty. Admit that sometimes (often) we don’t know, and vow to explore more before taking sides and putting up the barricades.

Because along with surety comes the temptation to stop listening. It’s a relief to have made up our mind, and we don’t want to have to think about it anymore. So we create echo chambers that reinforce the opinions we’ve formed, and see opposing views as threatening, rather than as potentially enlightening.

It’s rare and refreshing when people with influence take time to think.

On Saturday, January 29, I posted across social media that I would not be releasing any podcasts until further notice. I’d had hundreds of comments across social media asking my opinion on the Spotify/Joe Rogan issue, and I didn’t know enough to comment. I didn’t want to drop new podcasts without responding to the question, so I decided to hold my podcasts and learn more….

I paused because, as a creator with two podcasts exclusively on Spotify, I wanted to better understand the organization’s misinformation policy. I wanted to talk to the Spotify leadership about their position, their policies, and the application of those policies. I met with them twice last week and once again this week. I’ve listened, they’ve listened, and my assessment is that everyone is open and learning—including me.

Listening and being open to learning is the essence of the grey area. But in our polarised world, it makes some people uncomfortable and angry

Sadly, on social media, my post has turned into a shit show, driven by unfounded accusations of censorship.

Comments like “I’m canceling you for canceling people” and “I hate censors so you shut up” and “I’m burning your books because I don’t agree with you” would be ironic and funny if they didn’t demonstrate a complete lack of critical thinking.

For everyone who said this pause was out of line with my work, you clearly skipped all of the places where I’ve talked about pausing, getting curious, and asking questions.

That’s embracing the grey area right there. And we need to do more of it.

For peace of mind

If ‘it’s complicated’ strikes you as hopelessly naive, or well-intentioned altruism, then consider this more self-conserving perspective. Bloody-minded determination to see or hear only those things that give us short term comfort is such an exhausting strategy. Certainty takes so much effort, by demanding constant renewal. When doubt creeps in, we go doom scrolling through our echo chambers, searching for fresh reassurance. We stoke our resentments. We cancel people, for the ten seconds of self-gratification it generates. But it’s never enough.

"The essence of tyranny is the denial of complexity."

But by pausing, questioning, looking critically at opposing viewpoints, we become aware of how futile it is to try and squeeze every complexity into simple expressions of right or wrong, black or white. We create space for better choices and where possible, more flexibility. We can see a bit more clearly those things we might change, how we can adapt, and what we must merely accept. By and large, that’s a better recipe for making your peace with the world.

Try these alternatives to piling in

Sometimes it’s not answers we need to hear, but a better question: ‘Oh yeah – I hadn’t looked at it that way.’

The US Presidential Election was the most polarised in recent history. To create space for debate on the doorsteps of America, activists adopted the approach of deep canvassing.  Ask a person whose opinions are at odds with yours to share the personal stories and experiences that inform their views. It can build enough trust for a reasonable two way conversation. If there is space for grey, this is how you can find it.

Sometimes, there may be more than one answer to a single question: ‘I think this, given these assumptions. But given these different assumptions, I may think a bit differently.’ This isn’t an invitation to be disingenuous. It just recognises that you may not have the information or experience to arrive at one position. Or – as is often the case – that complex things can’t be reduced to simple one-liners. You need to be happy to sit with the uncertainty.

Yes it was brave. Yes it was principled. Yes it was intelligent. And it also cut through the noise. Holding a hand up to press ‘pause’ in the midst of a noisy public pile-on serves everyone.

Do we overemphasise the value of making your mind up? Decisiveness is often seen as a sign of strength, but maybe we need to raise the value of keeping an open mind. ‘I don’t know, yet’ is a good answer to lots of questions.

"The colour of truth is grey"

Further watching:  “How can we reduce prejudice with a conversation?” David Fleischer | TedXMidAtlantic 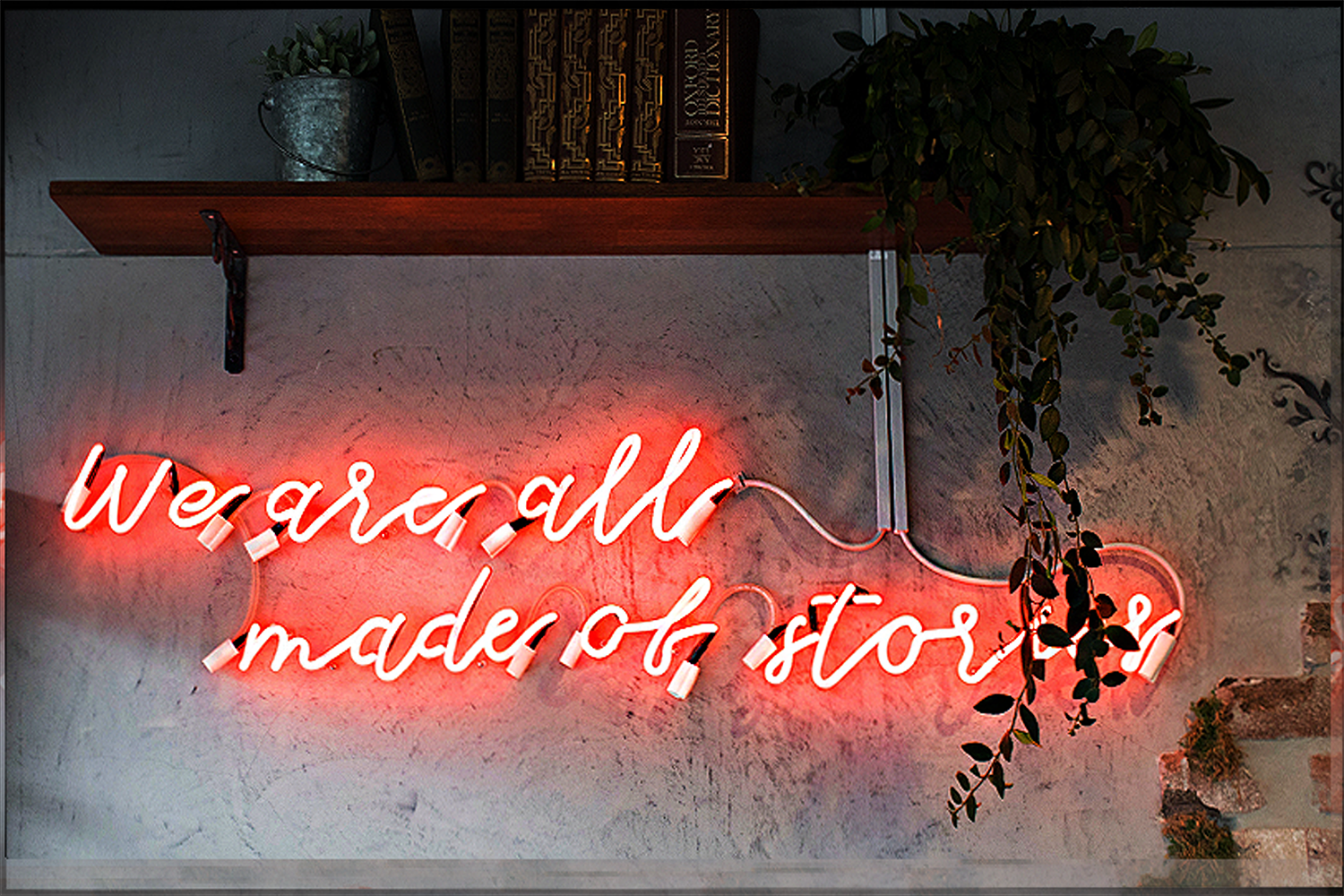 Fall into the rabbit hole